As we not only usher in a new year but a new decade, kick-start the new epoch with a one-of-a-kind experience to stoke the embers of life. Surfer, fitness nut and all round adventurer Sophie Everard rounds up activities to make us feel alive in 2020…

Learning to surf is fine-tuned to a scientific degree at the <u>Puro Surf Academy in El Zonte, El Salvador. Bunker down at the opulent ocean-facing accommodation with killer onsite cuisine, and get ready to take your surfing stratospheric to help you achieve the elusive “flow” of surfing. Through a combination of land-based coaching working on honing movements and building strength, preparation utilizing their mirrored training room, video analysis, cross training with surf-skates in the skate bowl and more from their team of highly qualified and experienced coaches, join the dots and see your surfing improve in leaps and bounds, all whilst surfing the epic and uncrowded waves at El Zonte. 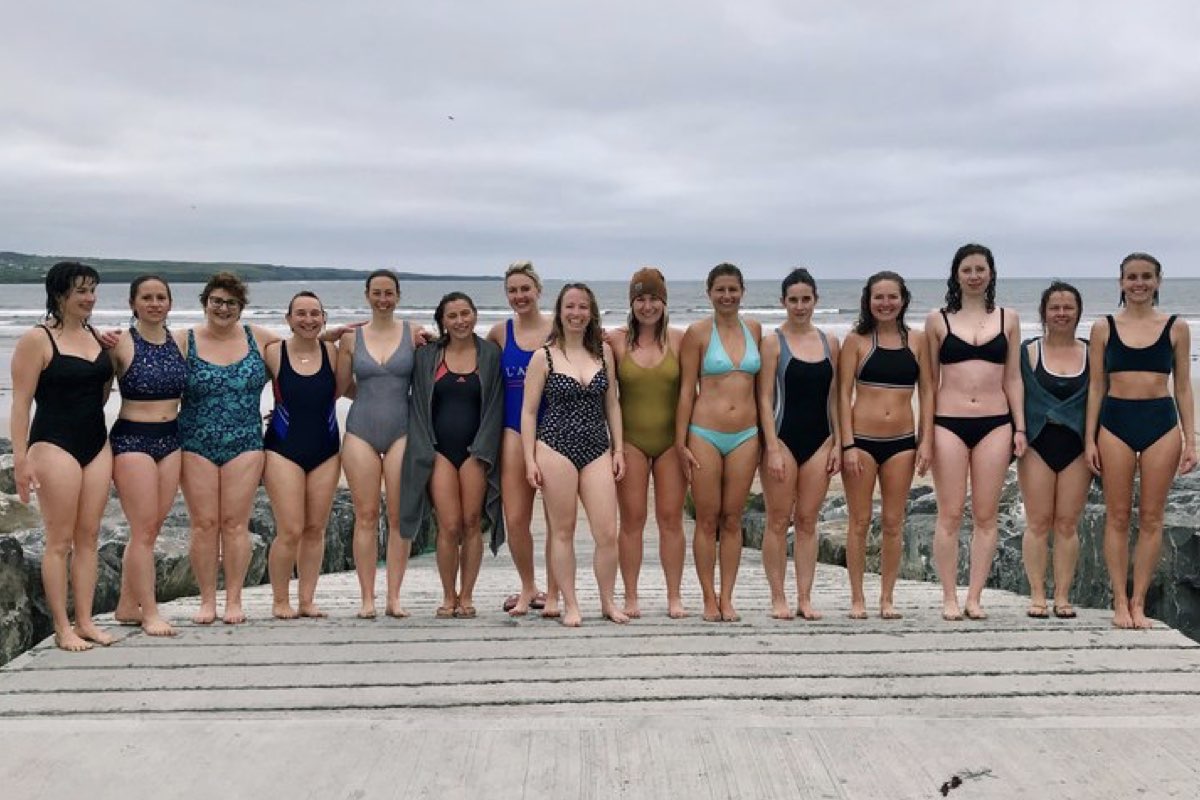 Former professional surfer, yogi, and die-hard proponent of the benefits of cold-water immersion Sophie Hellyer runs the wondrous Rise Fierce: The Women’s Retreat in the otherworldly rural Western Ireland, where the focus is on giving you new tools to “Rise Fierce” and to make lasting lifestyle changes to lead a healthier and happier life. With daily vinyasa flow and restorative yin yoga classes, women’s circles, a hike along The Cliffs of Moher, surf lessons, and of course, an invitation to take a bracing, brave dip in the cold water all on offer, embrace the outdoors and blow away the cobwebs while stretching your body, calming your mind and soothing your soul on this unique retreat.

During the winter season, many Colorado rock climbers turn to ice climbing, where they use sharp picks and footwear to ascend frozen waterfalls. Ouray, which is home to the world’s first official ice park offers over 200 ice and mixed climbs in stunning terrain. Those who would prefer to spectate and learn more about the sport can visit the Ouray Ice Festival, 23-26 January 2020, which celebrates its 25th anniversary.

ROBINSON Club Cabo Verde is a premium adults-only property situated on the island of Sal, the little isle of snow-white beaches and rainbow-painted towns, which makes up part of the Cape Verde Islands. Cape Verde (also known as Africa’s Caribbean) is a stunning melting-pot of cultures, and with incredible azure waters, try your hand at the latest trend to hit water-sport enthusiasts, hydro-foiling, for a new spin on surfing. Hydro-foils are exhilarating sports that uses a hydrofoil board (surfboard with a hydrofoil that extends below the board into the water) to surf above the waves. The unique design causes the board to leave the surface of the water at various speeds. Get ready to fly!

DIVE WITH WHALE SHARKS IN MYANMAR

Wa Ale, the eco-tourism resort in Myanmar’s Lampi Marine National Park has added two new world-class dives sites from the resort for dive excursions: Black Rock and Burma Banks. At Black Rock, divers will have the chance to see an array of marine life including oceanic manta rays, possible whale sharks and beautiful coral life. A privately-owned eco-tourism project in the heart of the Lampi Marine National Park in the Myeik Archipelago,Wa Ale encourages responsible and sustainable care for the environment.

Rock climbing is having a moment. With Alex Honnold’s Oscar-winning documentary of his ascent of Yosemite’s El Capitan Free Solo sweeping last year’s Oscars and rock climbing making its Olympics debut for Tokyo 2020, there’s never been a better time to give this sport a try. Yosemite National Park, an international mecca for rock climbers, has been the site for almost every major development in the sport and continues to be a place where world-class climbers hone their skills, break records and change understanding of what the human body is capable of. No matter your skill level, attempt your own ascent at America’s favourite national park with the historic Yosemite Mountaineering School.

HIT THE VIA FERRATA IN OMAN

Anantara Al Jabal Al Akhdar is a veritable treasure trove of adventure for adrenaline junkies. Hit the Ultimate Jabal Activity Wall, incorporating nearly 200 metres of via ferrata snaking across the cliff edge as well as Oman’s first mountain zip lines. The climbing route is one of the highest in the Middle East, providing intrepid travellers and couples with a brand-new way to experience Oman’s Green Mountain and its expanse of craggy cliffs and limestone rock formations. Take an awe-inspiring mountain hike towards the cascading Wadi Waterfalls, passing old military bunkers, wild goats, indigenous plants and “nature’s window”, a spectacular natural rock formation with a 360° boulder terrace that will leave you totally speechless at Mother Nature’s glory. 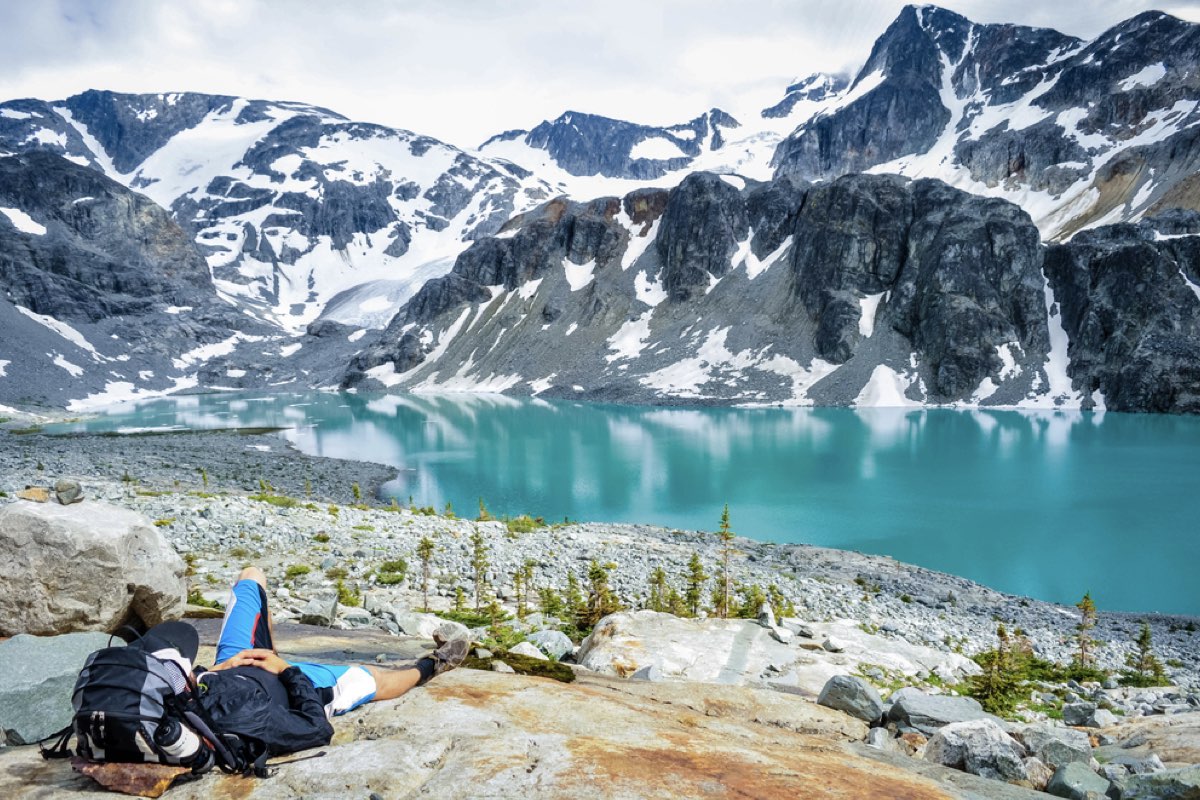 Led by a professional mountain guide, thrill-seekers can explore the incredible Zillmer Glacier – a place only accessible by helicopter – by ascending the mountain through a winding canyon, hiking alongside the torrent waters of the ancient glacier and traversing zip-lines and wire bridges. 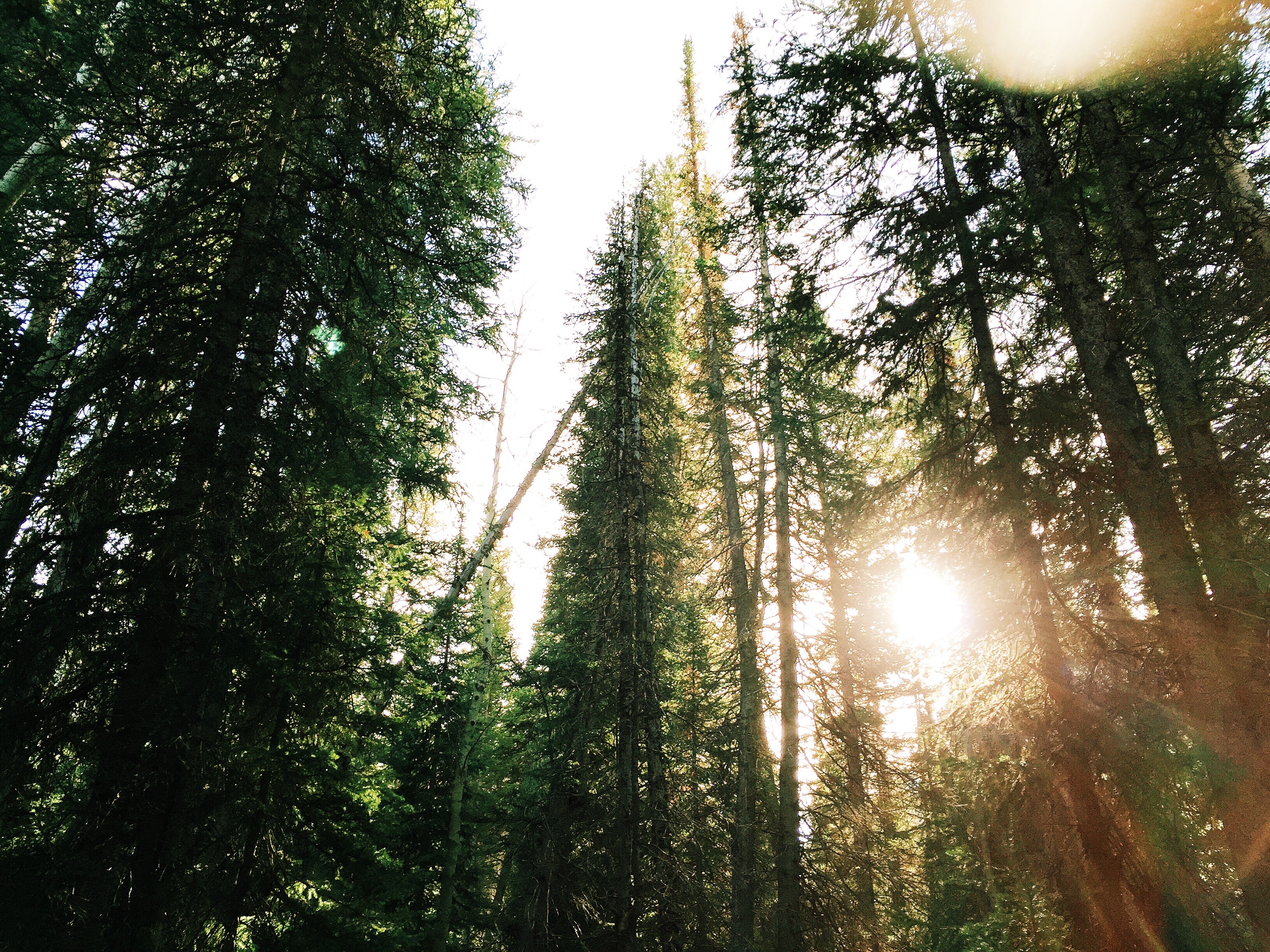 Forest bathing is an innovative way to escape the burdens of everyday life and use the healing power of nature. Head to the Spread Eagle Hotel & Spa and be skilfully guided by Helena Skoog, the hotel’s forest bathing expert, through a series of sensory invitations enabling you to connect with yourself and your natural surroundings.

Situated in west Zagori, Epirus in north-western Greece, Aristi Mountain Resort & Villas is home to luxurious accommodation and a wild and rugged landscape. Under consideration for the UNESCO World Heritage List, the plunging Gorge of Vikos and the Towers of Astraka are punctuated by the crystal clear waters of the Voidomatis River, creating an idyllic backdrop for scenic walks and hikes, suitable for both beginners and experienced hikers alike. The imposing rock towers of Astraka and the mythical Drakolimni Lake are unique hiking destinations punctuated by cobbled streets, picturesque village squares, incredible gorges and alpine altitude lakes. 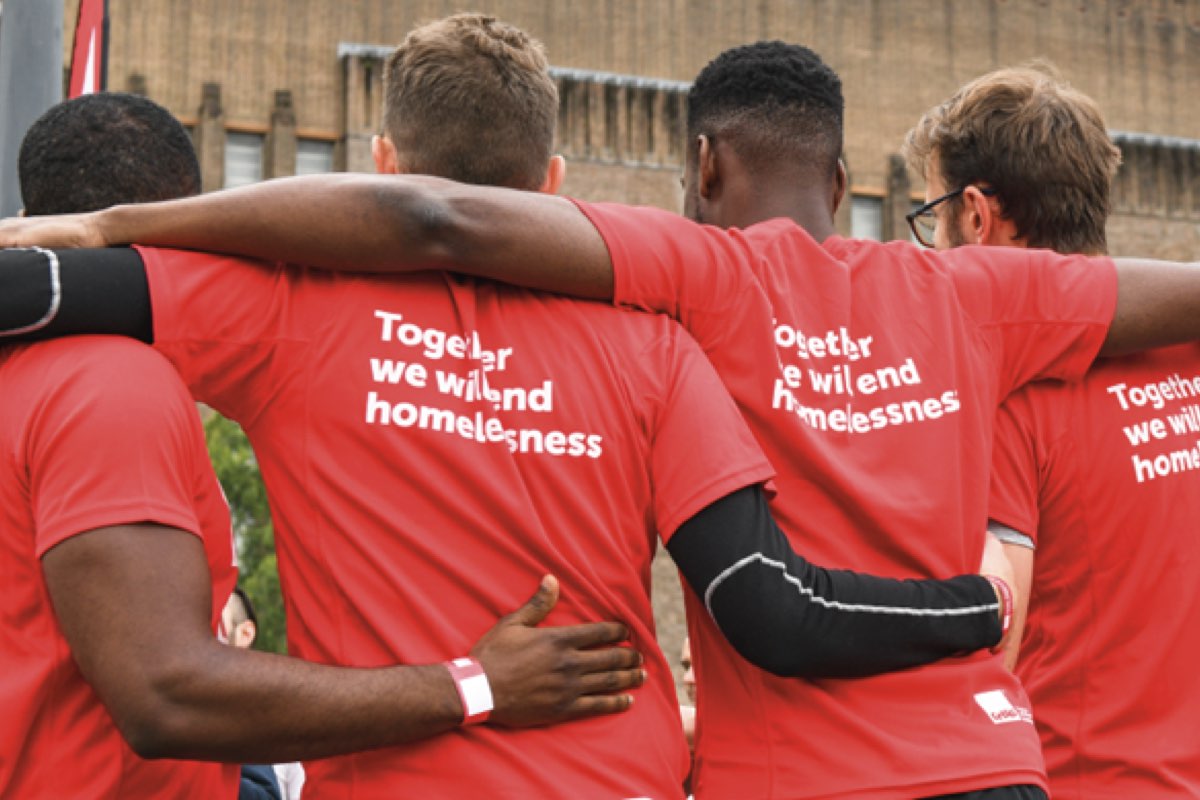 In partnership with national charity Crisis, YTL Hotels’ The Glasshouse is launching a flagship run, The Race to End Homelessness: Calton Hill Edinburgh. The race will give 500 people the chance to take on a 5k or 10k route through the city, ending with a dramatic climb up Calton Hill before crossing the finish line at The Glasshouse, with post-race celebrations on the hotel’s rooftop garden. Held on Sunday 15th March 2020, the race offers the chance to raise vital awareness and funds to end homelessness in Scotland.

US Highway 395 is California’s best kept secret in Mammoth Lakes. We’ve all heard of Route 66, but Highway 395, one of two scenic California routes is a road of extremes – highest, lowest, hottest, deepest and oldest. With 2020 being the 170th anniversary of California’s statehood, visitors should turn their eyes to the many ghost towns, living towns, ski resorts and otherworldly landscapes that Highway 395 has to offer. Take time to explore Mammoth Lakes – the year-round adventure and tucked away in the Eastern Sierra, and the perfect place to spot wild horses, marvel at the lunar landscape of Mono Lake and experience the thriving microbrewery scene.

Pangkor Laut Resort has crafted a unique experience named The Chapman’s Challenge to honour Colonel Freddy Spencer Chapman, a British commando who made his last escape from Emerald Bay in 1945 from the occupying Japanese. The Chapman’s Challenge comprises of a 6.2km run around the private island roadways and through the two million-year-old rainforest including a 1km swim out at the award-winning Emerald Bay before concluding at Chapman’s Bar. 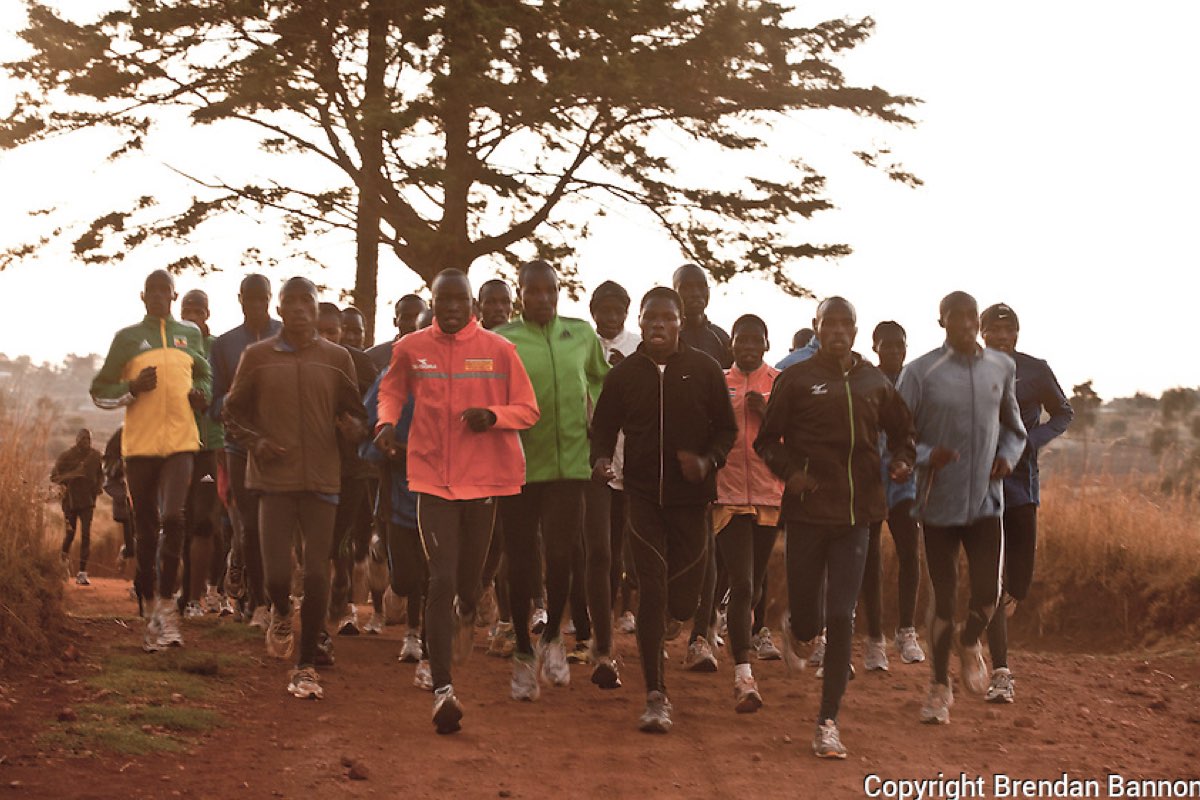 The Sportsman programme at Arijiju, Kenya, takes advantage of Arijiju’s position on the route of the renowned Lewa Marathon – considered one of the hardest marathon routes in the world thanks to its altitude level – with powerful high-altitude and marathon training sessions around Mount Kenya. Extreme mountain pursuits are complemented by outdoor adventures and wildlife interaction, including unique running safaris along carefully mapped routes, horseback riding, mountain biking, quad biking, and the chance to join Arijiju’s highly skilled rangers on pioneering anti-poaching excursions.