Don’t waste your evening cooped up inside watching Netflix, get yourself to one of London’s outdoor cinema screenings this summer. They are popping up all over the city and showing everything from recent releases to blockbusters and classics. Grab some popcorn and make sure you’re sitting comfortably as you check out our pick of the best for 2019…

Returning for two weeks in August, Somerset House will once again turn its iconic courtyard into the ultimate open-air cinema. It’s showing a diverse range of flicks – and the coolest part is you can choose your seating, from beanbags to director’s chairs. Hurry, tickets are selling fast!

How to book: Visit my.somersethouse.org.uk

One of the most popular of the bunch, Rooftop Film Club are back at three London locations this year – Bussey Building, Roof East and Queen of Hoxton. Films include recent releases such as A Star is Born and Rocketman, as well as some 80s classics including a Greece sing-a-long. Expect comfy deckchairs, cosy blankets and wireless headphones for a top quality viewing experience.

Where: Bussey Building, Roof East and Queen of Hoxton

How to book: Visit rooftopfilmclub.com/london

Movies on a River

Now, this one is a bit special. TimeOut Live and City Cruises have joined forces to bring us London’s first ever cinema on the River Thames each night throughout June and July. First you will enjoy a food and drink-fulled sunset river cruise before heading to the top deck for an open-air movie screening. There’s some tearjerkers like Baz Luhrmann’s Romeo + Juliet and musical films such as La La Land and The Greatest Showman.

Where: Departs from Tower Pier

When: Tuesday to Saturdays from 4th June until 3rd August 2019

How to book: Visit checkout.timeout.com/london/time-out-movies-on-the-river

Fancy being transported to the sun-kissed beaches of Los Angeles? Head to Camden’s Roundhouse where Back Yard Cinema will be setting up residency with its quirky pop-up film club. Hang out at the beach bar, sip cocktails under palm trees and relax in front of your favourite film. And there won’t be a plastic poncho in sight because there’s cover in case rain strikes.

How to book: Visit backyardcinema.co.uk/lanights

Luna Cinema is all about its magical locations and those starry summer skies. This year they will be coming to various location across London including Alexandra Palace, Battersea Park, Brockwell Lido and Westminster Abbey. You can find them all across the UK, too. Our recommendation? Hop on the train to check out the giant screen on Brighton beach.

Describing itself as a ‘roaming pop-up that gives back’, this one has a festival-esque atmosphere and you’ll go home with a goodie bag. Plus, 100% profit goes to charity so you can have a lovely time and feel like you’re doing your bit. The Favourite, Labyrnith and Some Like It Hot are all part of the line-up. 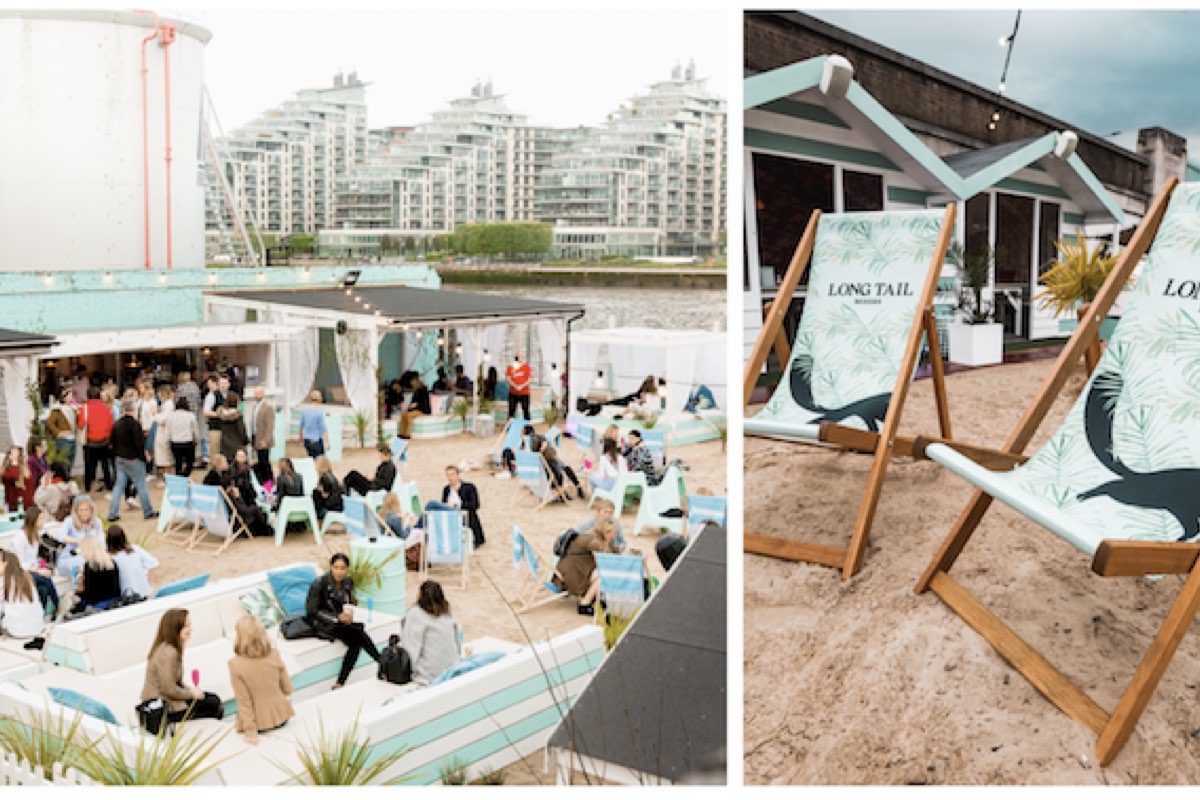