The 2020 food predictions have landed. From World Cup inspired Japanese cuisine to vegan bakeries and meat floss. Yes, you heard correctly. Here’s what to expect according to our expert sources at Street & Co and Deliveroo… 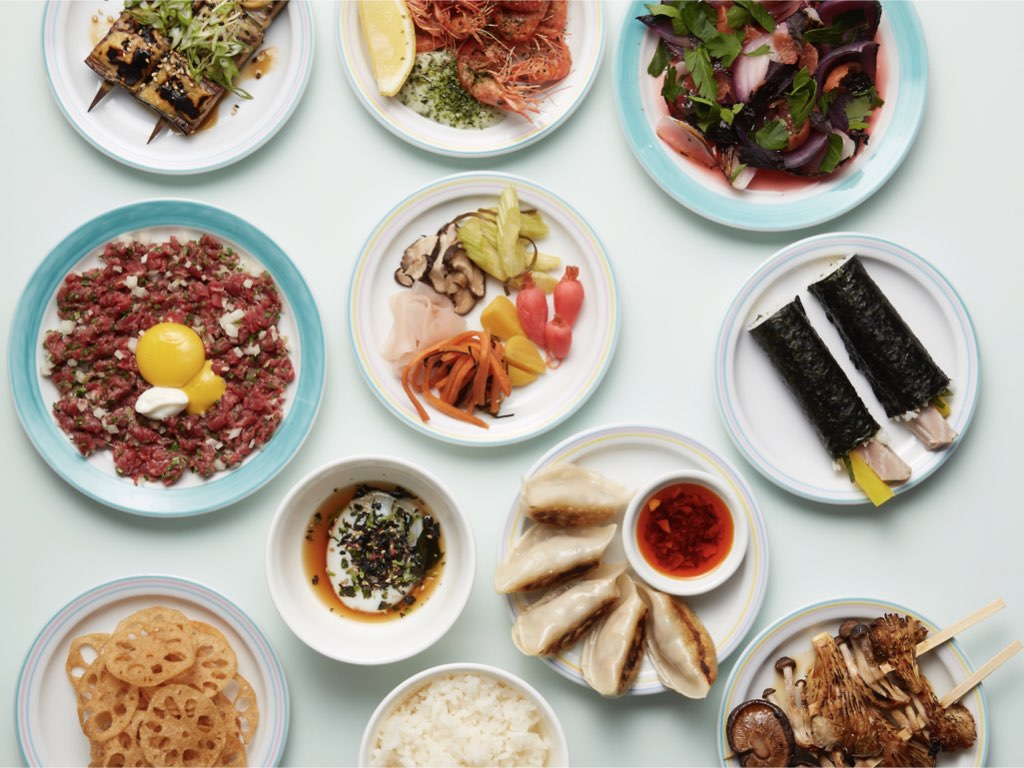 Ahead of the World Cup next year, get in the spirit by trying the best of Japanese food and drink around London. Street & Co, a Food PR agency in London, recommends Jidori. A yakitori restaurant that takes their name from the special breed of free-range chickens renowned for their robust flavour and impeccable freshness in Japan. They have sites in Covent Garden and Dalston. Yaki Yaki specialises in taiyaki, the traditional fish shaped Asian waffle treat, to London’s Covent Garden. If you like crispy chicken, head north to Camden Market to try the Crispy Chicken Teriyaki at Yaki Box. For ‘Japanese dude food’ head to Ichibuns in Chinatown or for something a little lighter swing by Misato for their sushi and bento boxes.

For the uninitiated, meat flosses are a bit like a savoury cotton candy, adding that extra hit of umami to elevate dishes to the next level. A traditional Chinese ingredient, you can even pick it up as an on-the-go snack from one of Chinatown’s supermarkets – SeeWoo (18-20 Lisle Street) has a great selection. Expect bacon floss at brunch, fish floss in curries and pork floss as a garnish on Spanish tapas dishes. For now though, you can try it in a Spring Onion and Chicken Floss Roll from Chinatown’s Bake (9 Wardour Street) – a bestseller and hugely popular snack, it’s a little like a savoury jam roly poly. 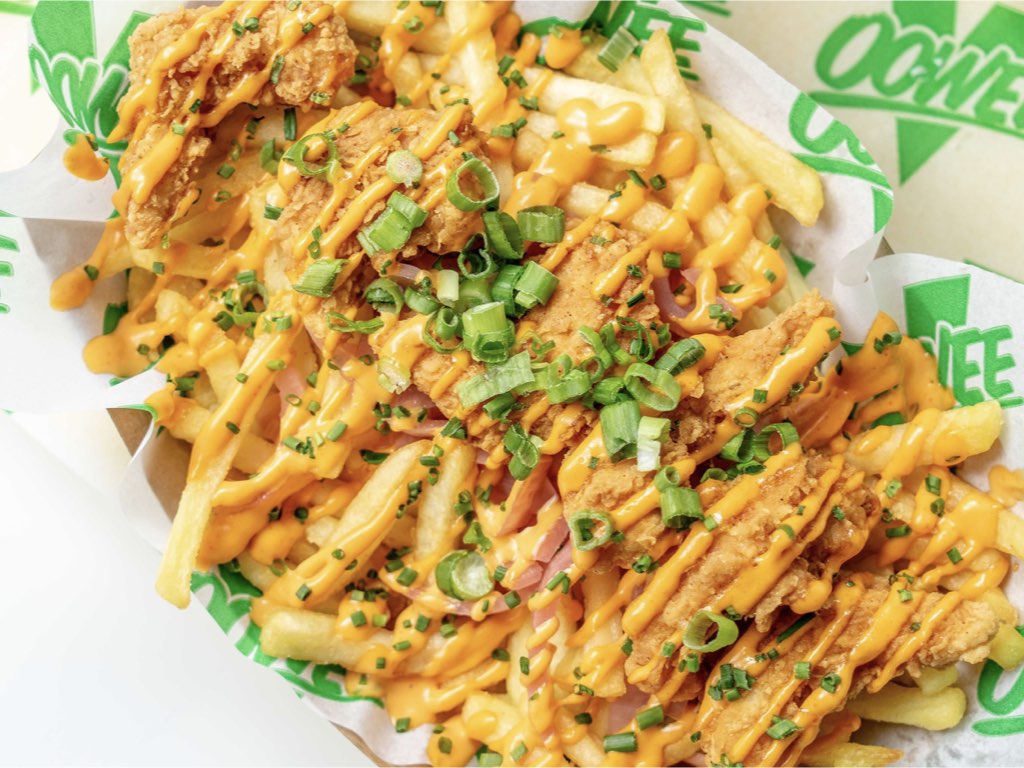 This month, Deliveroo reported that vegan orders had increased by 330 per cent increase over the past two years. Largely promoted into mainstream consciousness by charity Veganuary, the plant-based food movement has taken the world by storm this year, with hundreds of thousands of people around the world pledging to live a plant-based life for the whole month of January 2019.

The number of sellers catering for vegans on the Deliveroo platform has grown by 168 per cent in the past year alone, and the food delivery company isn’t expecting this growth to slow down in 2020, meaning consumers will have more vegan options than ever before. The customers’ favourite vegan restaurant in the UK, as voted by the public in Deliveroo’s Restaurant Awards in October 2019, is currently Oowee Vegan, in Bristol.

Vegan isn’t exactly new, but the growing trend is Vegan-ish. Deliveroo data shows that a large group of customers are more frequently opting-in for a part-time vegan diet, with around half of their food consumption being meat and the other half is plant-based – it’s all about BALANCE. The most popular days of the week to eat vegan in the UK are Mondays and Wednesdays. 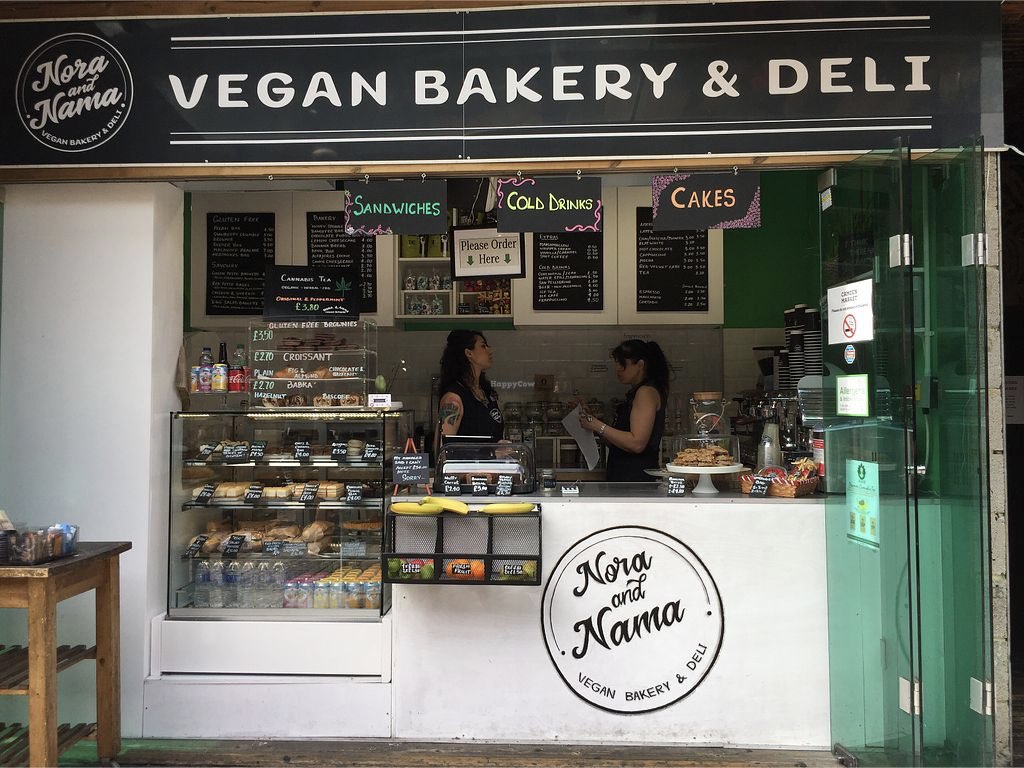 Bakery goods are synonymous with dairy products but Camden Market is home to an innovative vegan bakery, leading the way in the latest dairy-free movement. Street & Co recommends Nora and Nama – an artisan vegan bakery in Camden Market serving coffee and plant-based bakes. Their offering is really unique as their style is influenced by a range of different cuisines including Middle Eastern, Southern American, Eastern European, Mediterranean and French. The result is a range of delicious vegan bakes that are rarely found anywhere else! Some examples of the kind of things they make include Vegan Rocher (like Ferrero Rocher), Nutty Baklava, Babka Cake and Malakoff chocolate.

Gone or the days of three meals per day, according to Deliveroo’s order spikes, customers are breaking the mould more than ever before – eating at up to six different meal times. Customers are also ordering mid-sized portions and snacks to keep fuelled throughout the day. When you look at the data: in the winter months, snacking increases by 74%. Wednesday is the day where Brits snack the most, followed by Thursdays; on Monday Brits are most likely to keep to the traditional three meals a day. 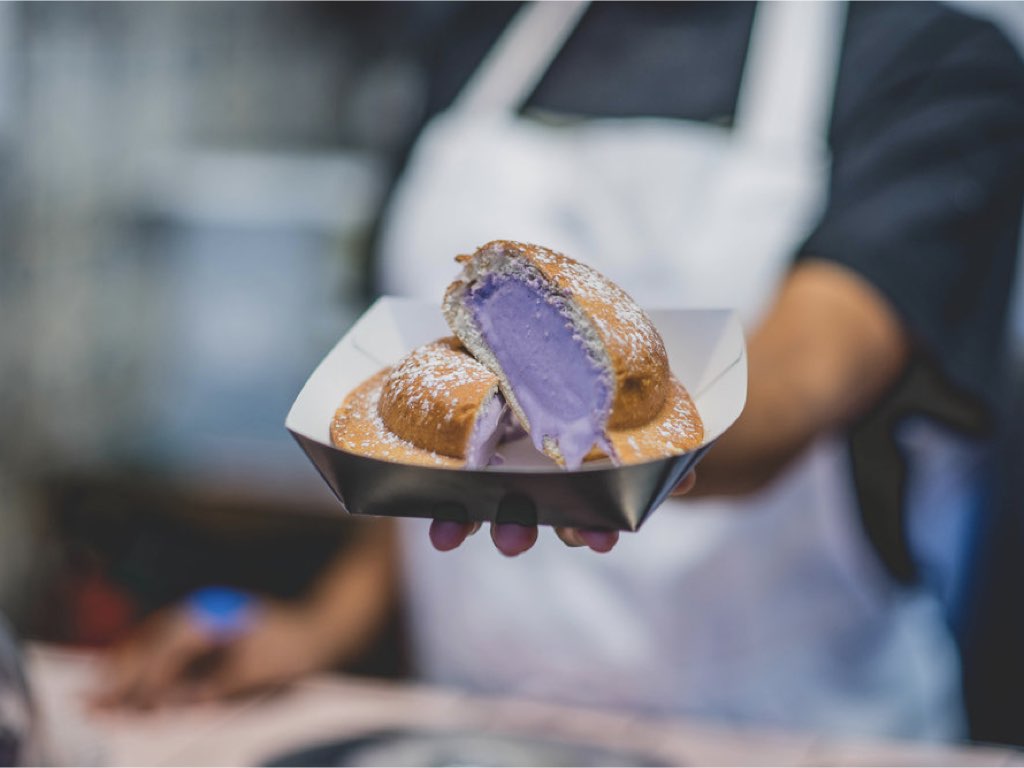 Other Asian flavours they expect to see more of include ramune (a unique Japanese soda – head to Taiyakiya [20 Newport Court] to sample), black sesame (your best bet in London is Tsujiri [33 Newport Court]), and durian (the infamous fruit can be sampled in dessert form at Guo C 100 [35 Newport Court]). 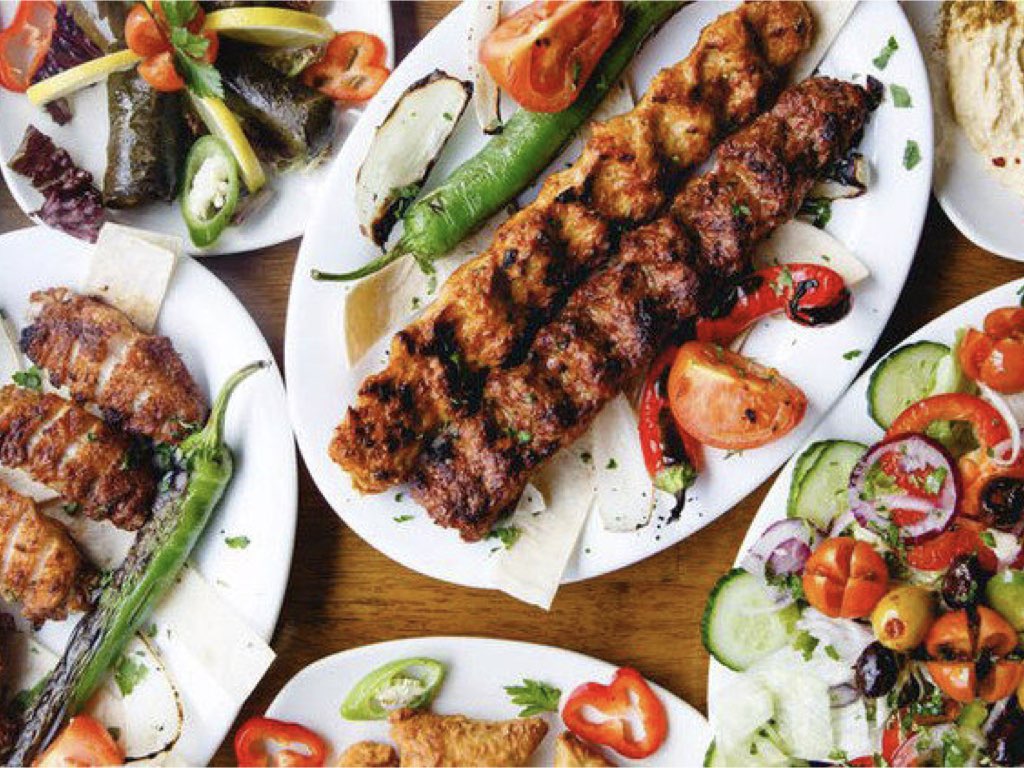 One of the oldest and most primitive methods of cooking, and it’s making a huge come back. Deliveroo reports that the ‘char’ flavour has been trending for the past few months, with its smokiness and woody depth heightening the natural taste of the ingredients it coats.

Over the past few months, there has been growing popularity for dishes cooked on fire – driven by the surge of trendy London restaurants use open fires in their cooking. And it’s not just the top barbecue spots you’d expect to see on the list, European, Middle Eastern and North African restaurants are also developing their menus on flames. 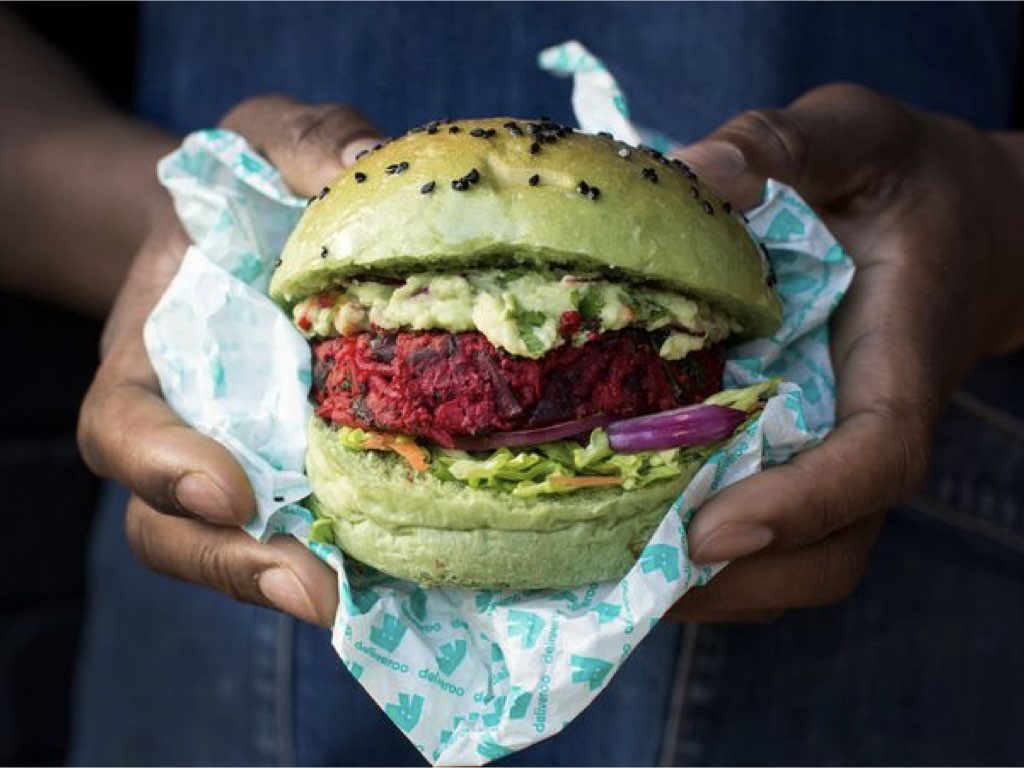 STREET FOOD FOR EVERYONE

Street food is consumed by 2.5 billion people each day worldwide, and in a selection of cities around the UK we are lucky enough to have an area housing an array of independent partners each offering their own authentic dishes to customers.

Food and retail parks are popping up in cities around the country, providing locals with street food options from a selection of cuisines in an atmospheric and humble setting.

Deliveroo has seen a 45% rise in orders of street food in the past six months, with Indian, Thai and Greek options being the most popular. In November 2018, Saturday was the day of street food when it came to food delivery, but now Tuesday and Thursday lunchtimes are also peak. 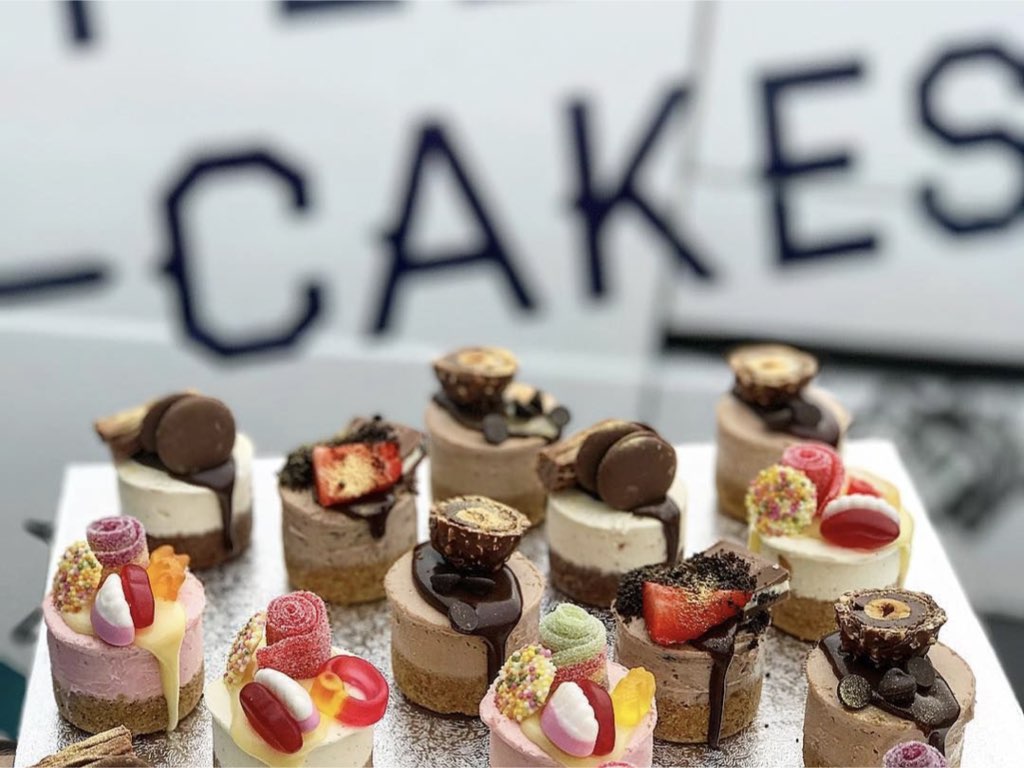 For a couple of years #foodporn has been making the public shudder and the novelty of ‘gramming our grub wore off, but with 2018 and 2019 providing us with a refreshing digital detox – we’re back and we’re ready to post pictures of our food. The dishes people are more likely to snap and share are:

Last month, Brits voted London-based Pleesecakes as the winner of the “Most Instagrammable Dish” at the Deliveroo Restaurant Awards 2019. 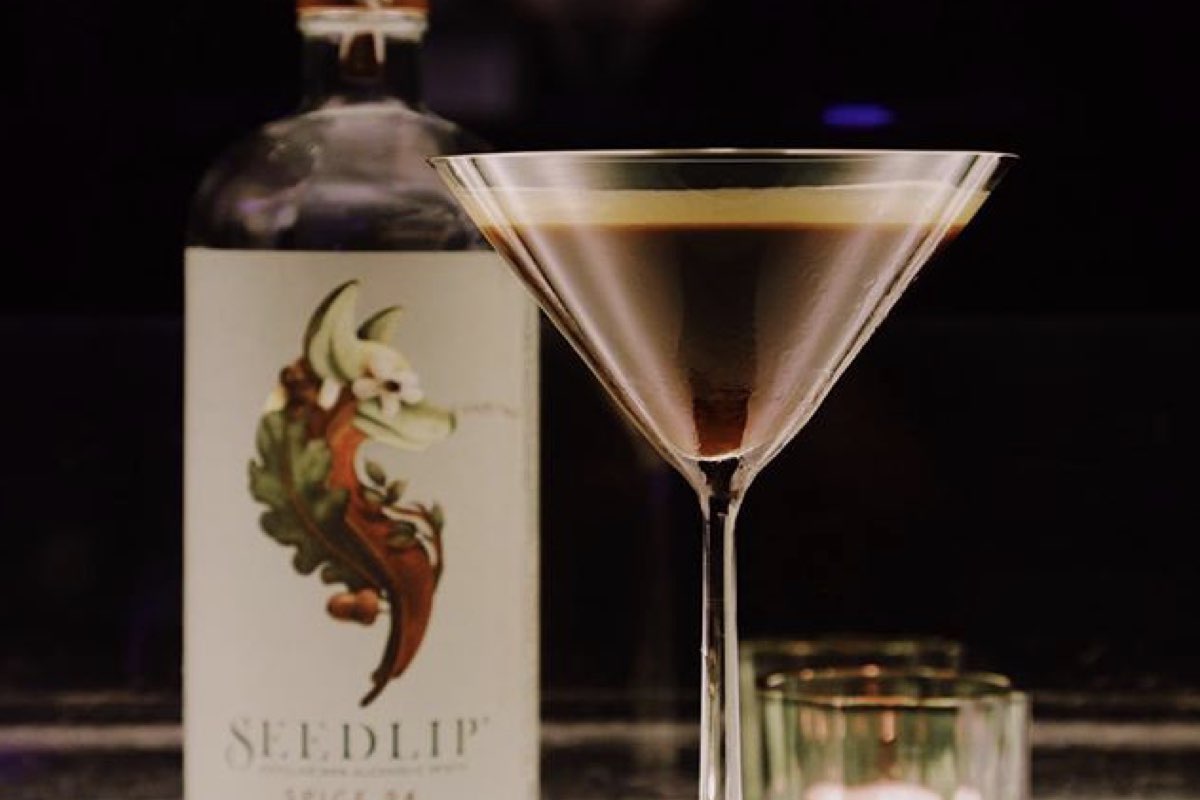 NO OR LOW ALCOHOL

No longer reserved for designated drivers, consumers are becoming more strict in a healthy body = healthy mind way of living. For many years, we’ve dabbled with diets in a bid to be more healthy and lose a few pounds, but the rise in low or no alcohol drinks is largely down to our headspace, rather than weight loss.

Deliveroo reports a 240% increase in orders of alcohol-free beers over the past 12 months, with London, Bristol and Edinburgh being the cities with the most low or no drinkers. It’s not just beers and wines either – Seedlip is a great zero alcohol spirit producer that gives you all that taste without the buzz. 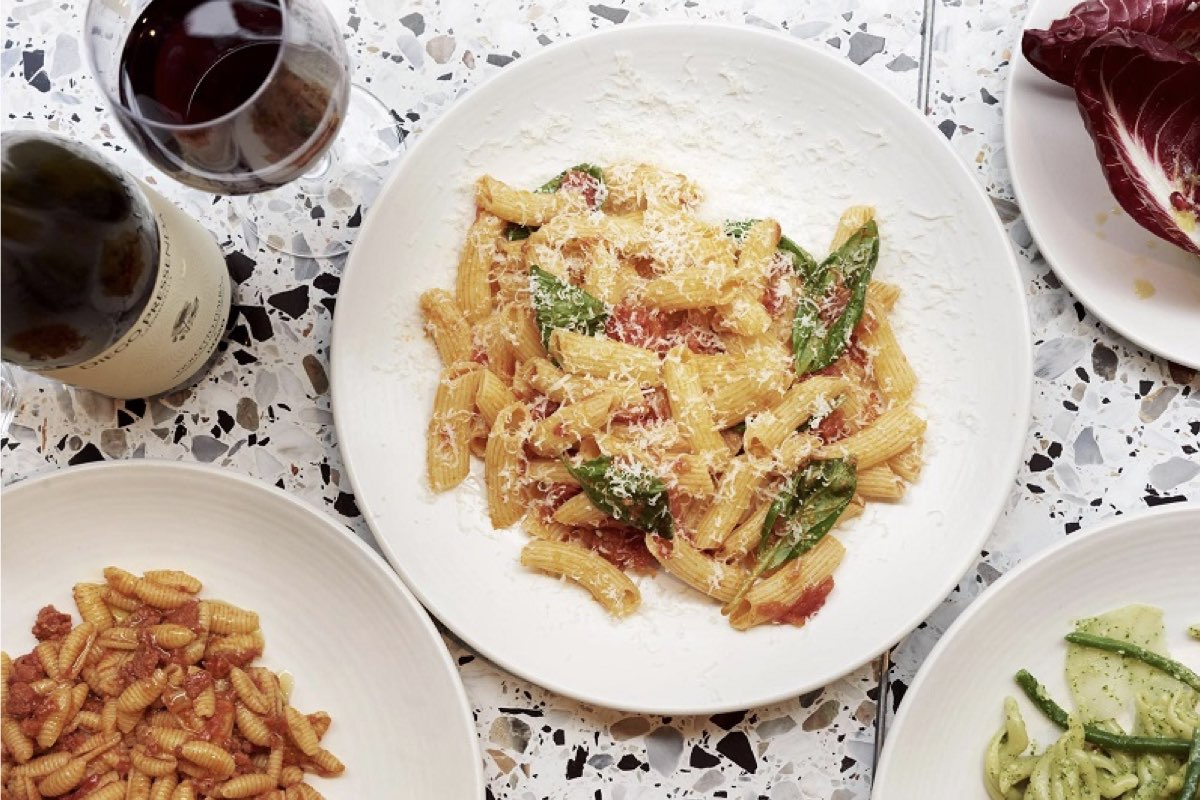 Fresh pasta restaurants are opening up all over the place. Flash back ten years, we were dining on boil-in-the-bag pasta sauces (no complaints back then, sure) but recently restaurants have been upping their game and taking the UK pasta scene to a new level.

There’s a huge consumer demand for restaurant-cooked pasta, both dining in and through food delivery. Searches for fresh pasta on Deliveroo have increased by 68% in the past 3 months, and the company sees that number steadily rising throughout 2020.

With chefs playing around with interesting pastas and matching each shape to the right sauce, this area of Italian cuisine has become much more sophisticated. It’s also win, win; for restaurants, it means high margins – and for customers it means our favourite bowl of carbs just got better. For fresh pasta in a central location, make a visit to Pastaio in Carnaby Street. 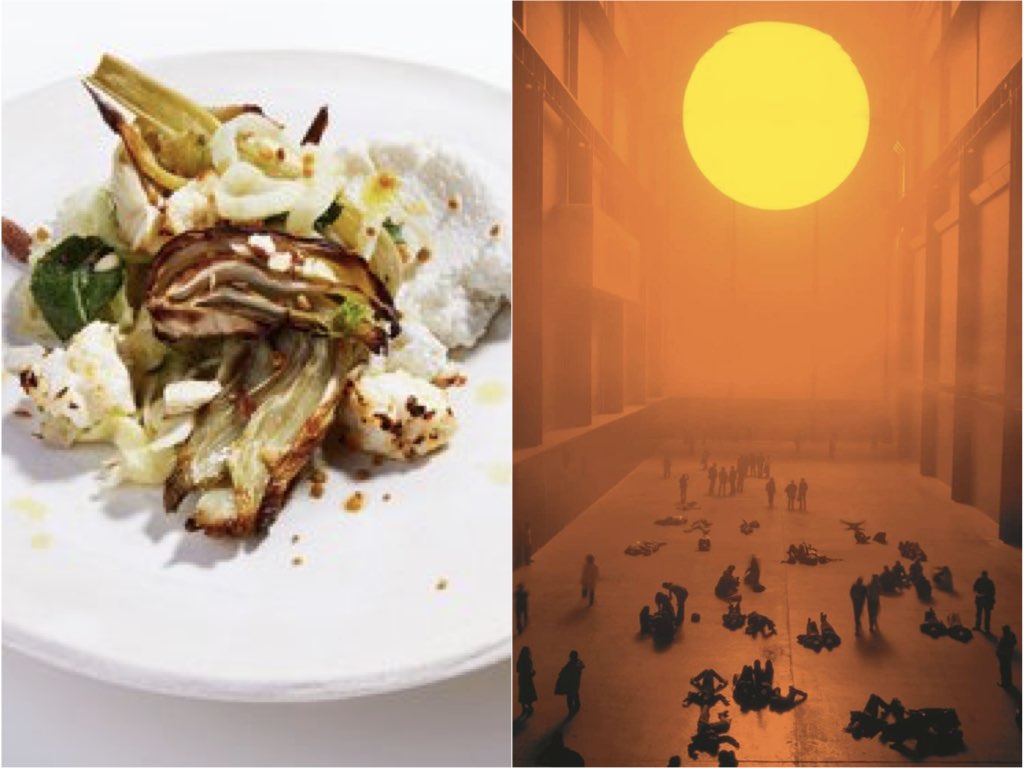 With rising concerns over the sustainability of our food and its contribution to climate change, and Extinction Rebellion protests featuring as news headlines almost every day, Street & Co predicts that more restaurants will be offering more guilt-free dining options. Tate Modern’s Olafur Eliasson menu is providing Londoners with exactly this due to its carefully calculated low carbon emissions. All of the dishes are vegetarian and made from local, seasonal and mostly organic ingredients which have been chosen to minimise the carbon food-print – whilst still being delicious!