Get your game face on because there’s a new boxing gym in town. It’s called JAB and it’s taking fitness back to the old-school. We sent Sam to give it a shot…

There is something homey about JAB and you feel it as soon as you walk through the door. This new boxing gym in Mayfair has the look and feel of a private member’s club but it’s certainly not just for the elite.

It’s the brainchild of a former England boxer and multi-title winner, George Veness, who grew up in London’s East End and started boxing when he was six years old. He has joined forces with his business partner Jamie Landesberg to bring back old-school boxing to the capital’s fitness scene by drawing on the heritage, community and spirit of the sport. 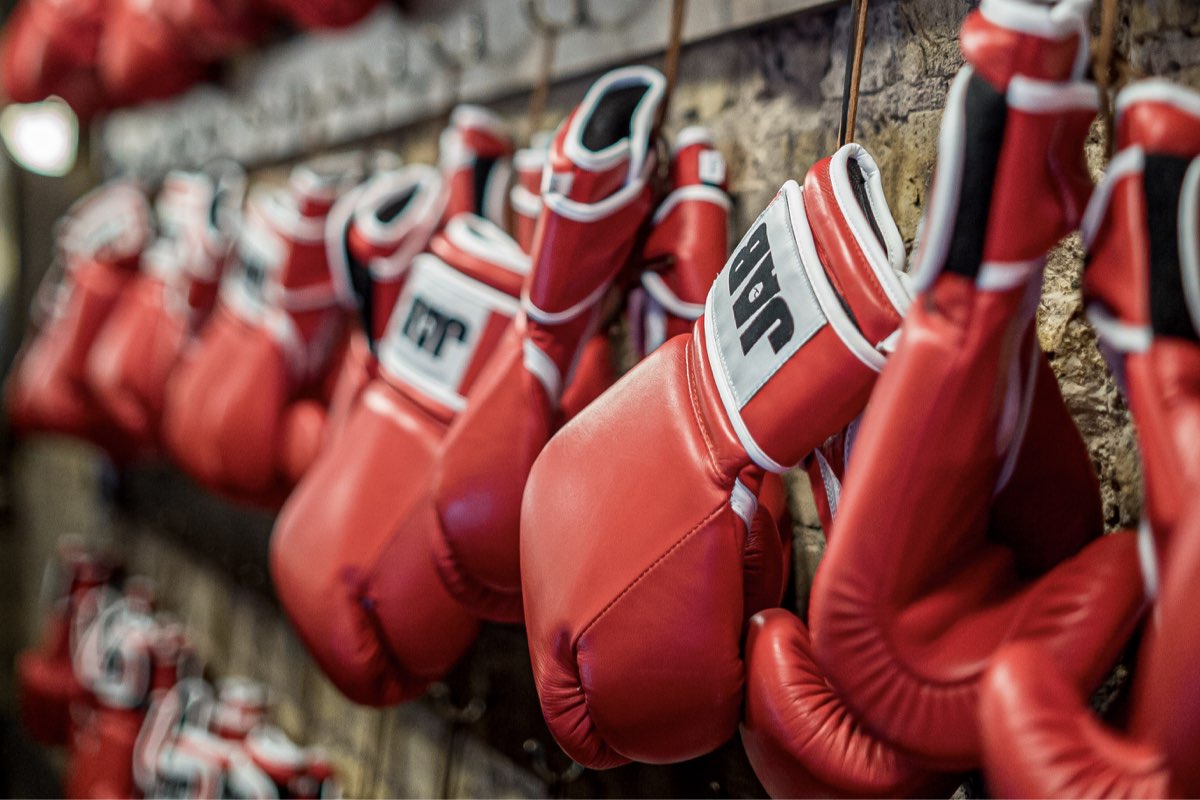 The decor of the studio has been paramount in bringing this vision to life: vintage red boxing gloves line the walls of the reception, while authentic fight posters hang in the downstairs studio which nods to the golden age of boxing of the 1960s and 70s. There is also a swanky gentleman’s club vibe about the place, which has been created using dark wood paneling and antique leather furniture.

JAB offers 45-minute group boxing classes for up to 40 people that are split between floor and bag-work. So with the likes of Kobox and BXR already providing similar pay-to-train boxing experiences, what makes their offering different?

For starters, there is no nightclub atmosphere or flashing lights. Instead, expect a more authentic experience with novel touches like a ring walk at the start of the session to the Rocky soundtrack to get you ready to rumble. 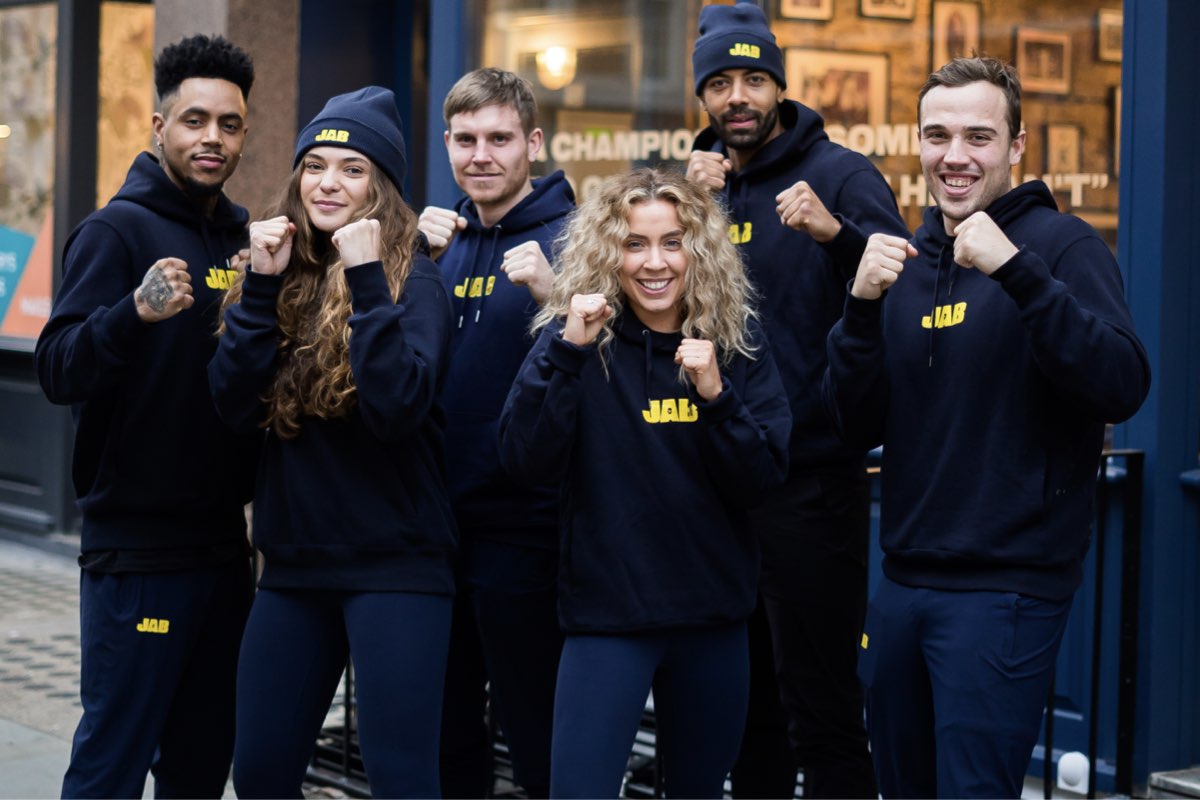 I joined a class on the core and abs focused day with the weapon that is Esmee Gummer. The floor work comprises the sorts of moves that if practiced regularly, would build a six-pack in no time: think bicycle crunches, plank holds, jackknives and tuck jumps. Then we moved onto the final five rounds, where the aim was effectively to beat the hell out of the bag through a series of combos using the six basic punches.

Definitely order a smoothie and hangout in the cafe afterwards – the chocolate peanut is a best seller. Or come for the smoothie and skip the class – they’re cool with that, too.