Co-working culture is booming in London with data revealing that more shared working spaces have opened in the capital this year than any other city in the world. Here are five of the coolest ones that will induce serious office envy… 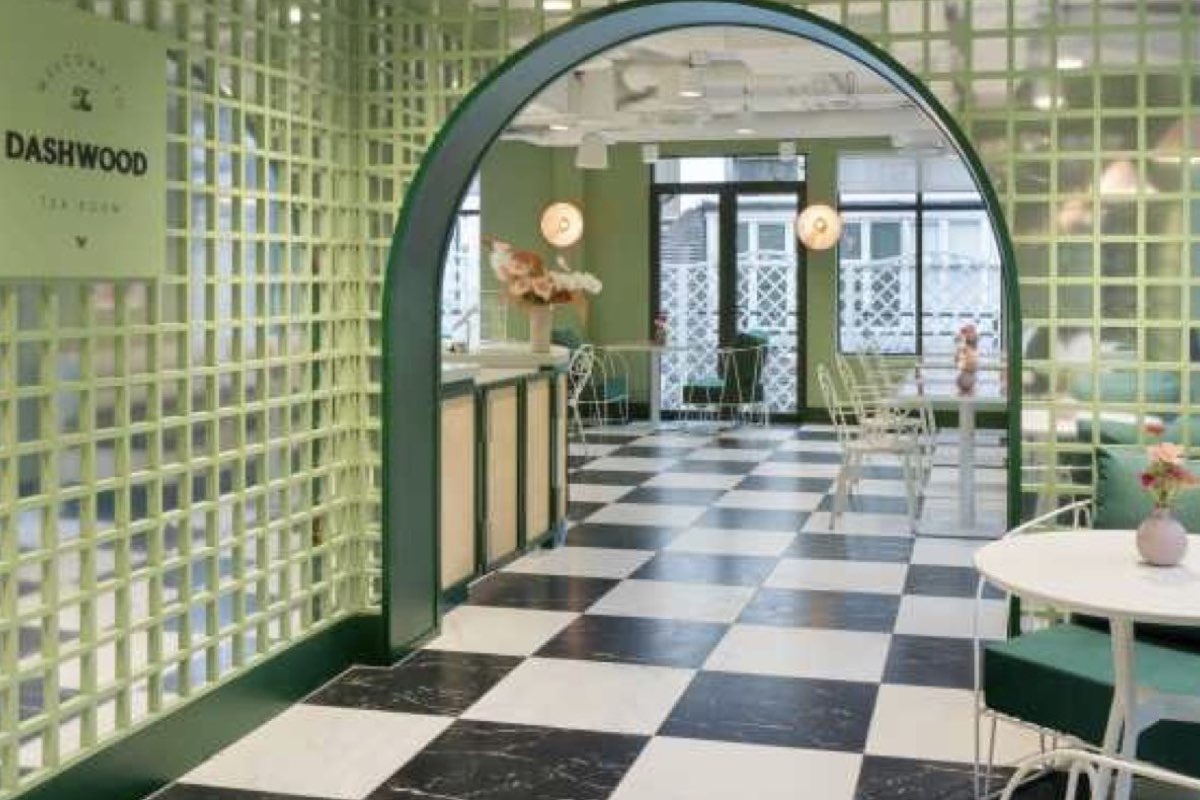 The Wing, a women’s-only co-working space, swooped into London in October in all of its pastel-coloured glory. The five-storey townhouse is located near Oxford Circus and features a huge communal workroom, phone booths named after fictional heroines, a tea parlour and a fitness room equipped with Peloton bikes. 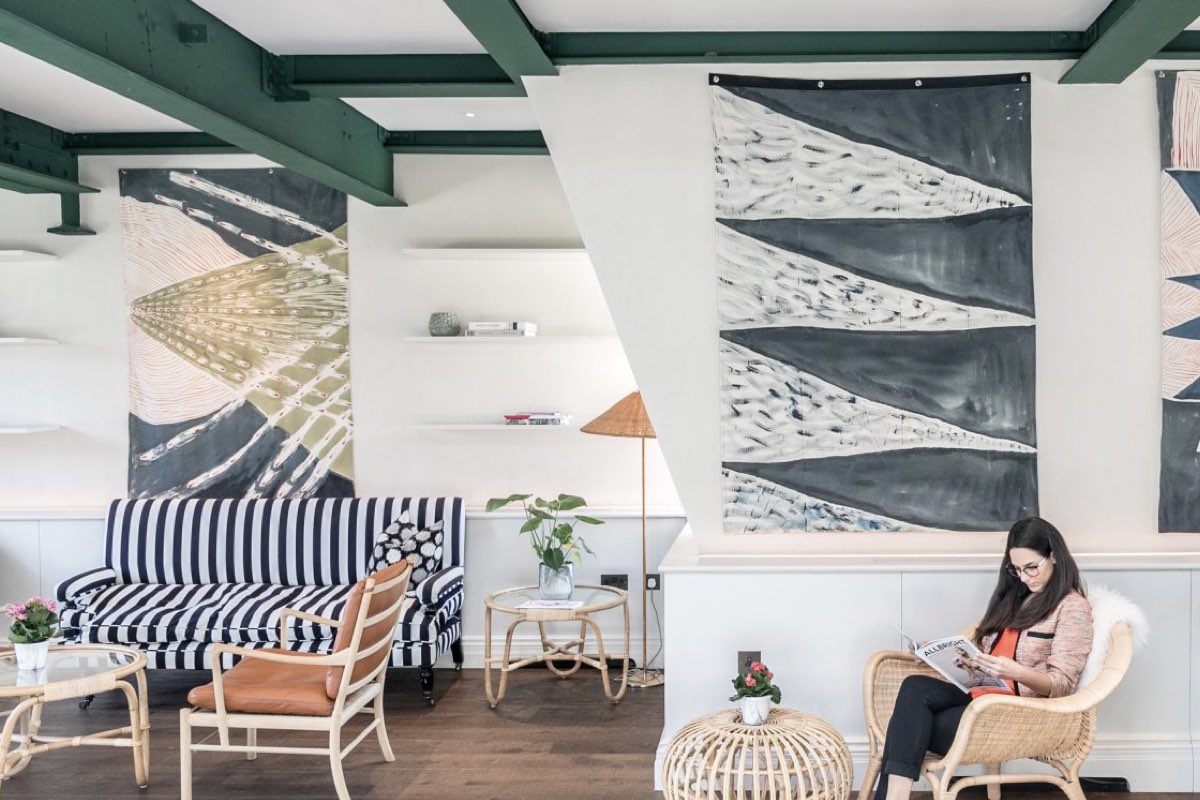 AllBright is a female-only members’ club and coworking space in Mayfair with wellbeing at its core. It offers a cosy environment for like-minded women to connect and work. Members also have access to the Stylist Strong studio, a boutique fitness space which specialises in strength training. 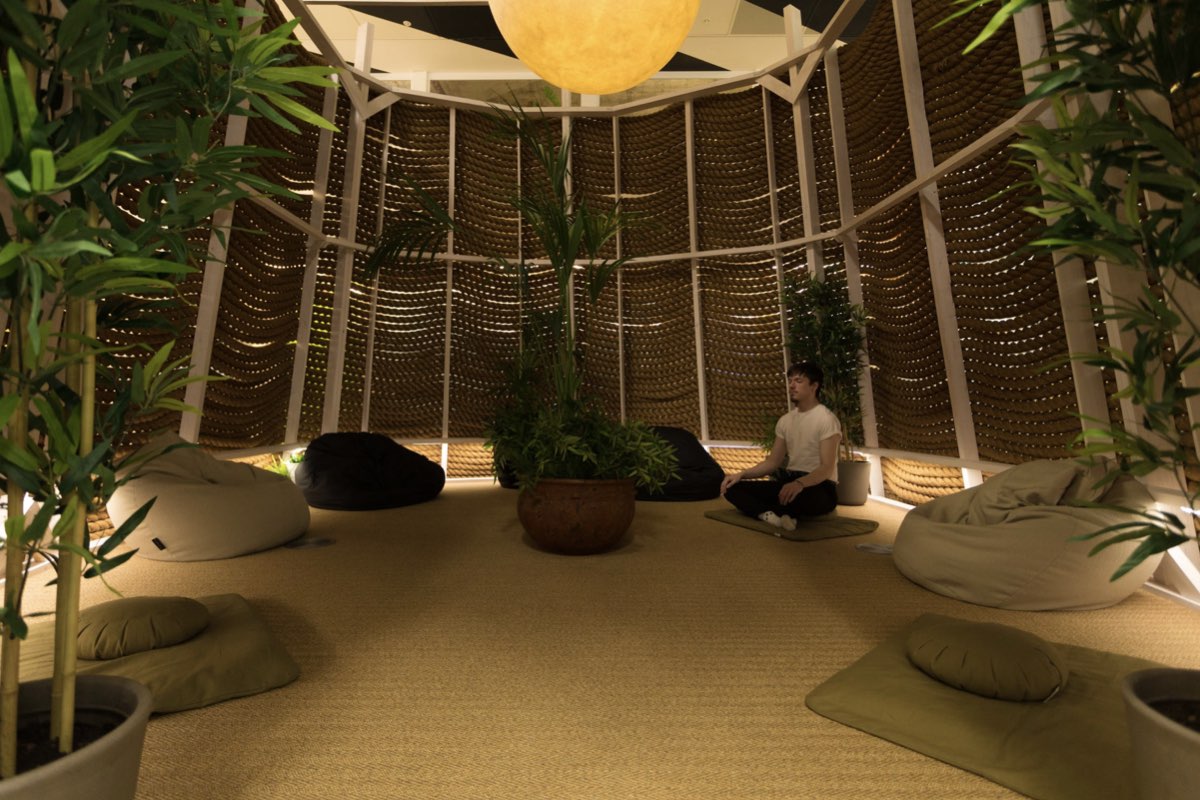 If you’re looking for a space to get your creative juices flowing, then Huckletree West is a great option. It boasts Google-style amenities, such as a meditation yurt, podcast booth for content creators and Virtual Reality room, that will appeal to creatives and tech entrepreneurs. Find it at the former BBC buildings at White City. 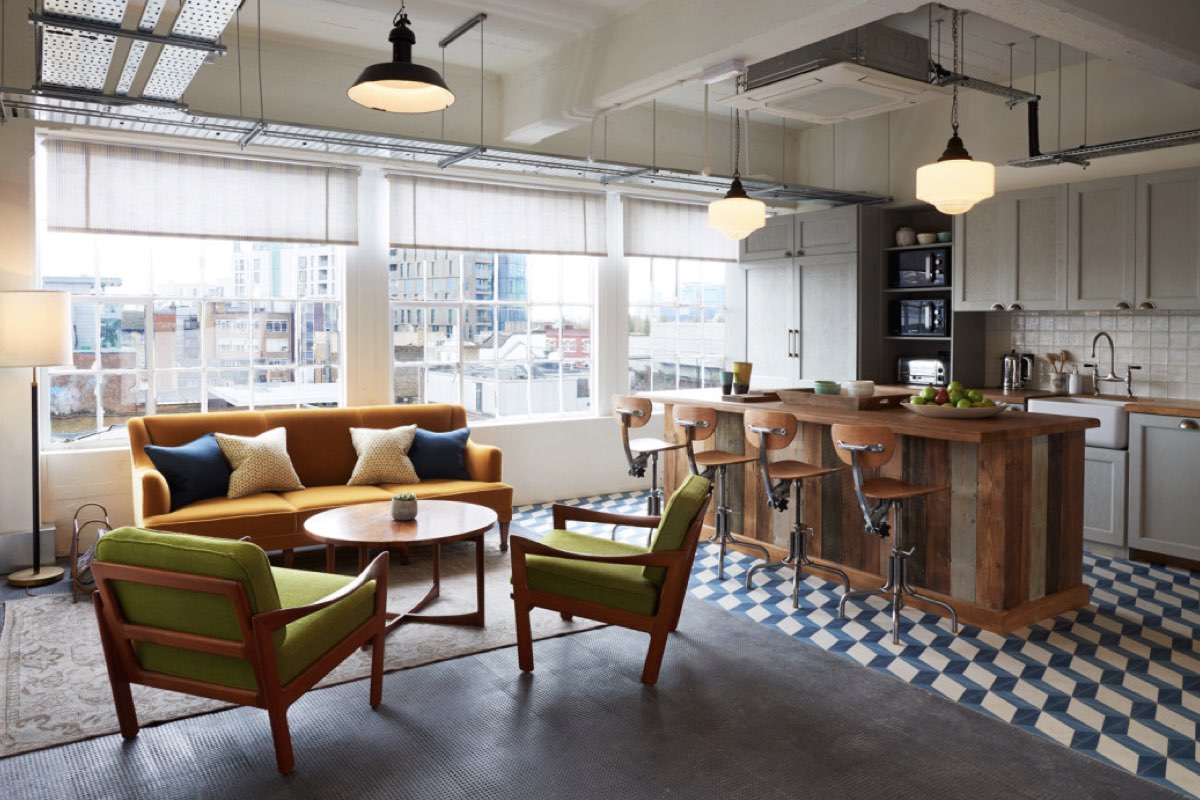 Night owls will love this 24/7 workspace by Soho House located in Shoreditch’s iconic Tea Building. Membership is open to the public (although Soho House members benefit from a discount and have direct access to Shoreditch House). Alongside the unsurprisingly stylish working areas, plentiful plugs and lighting fast wifi, there’s a library, photo studio and all-day cafe. 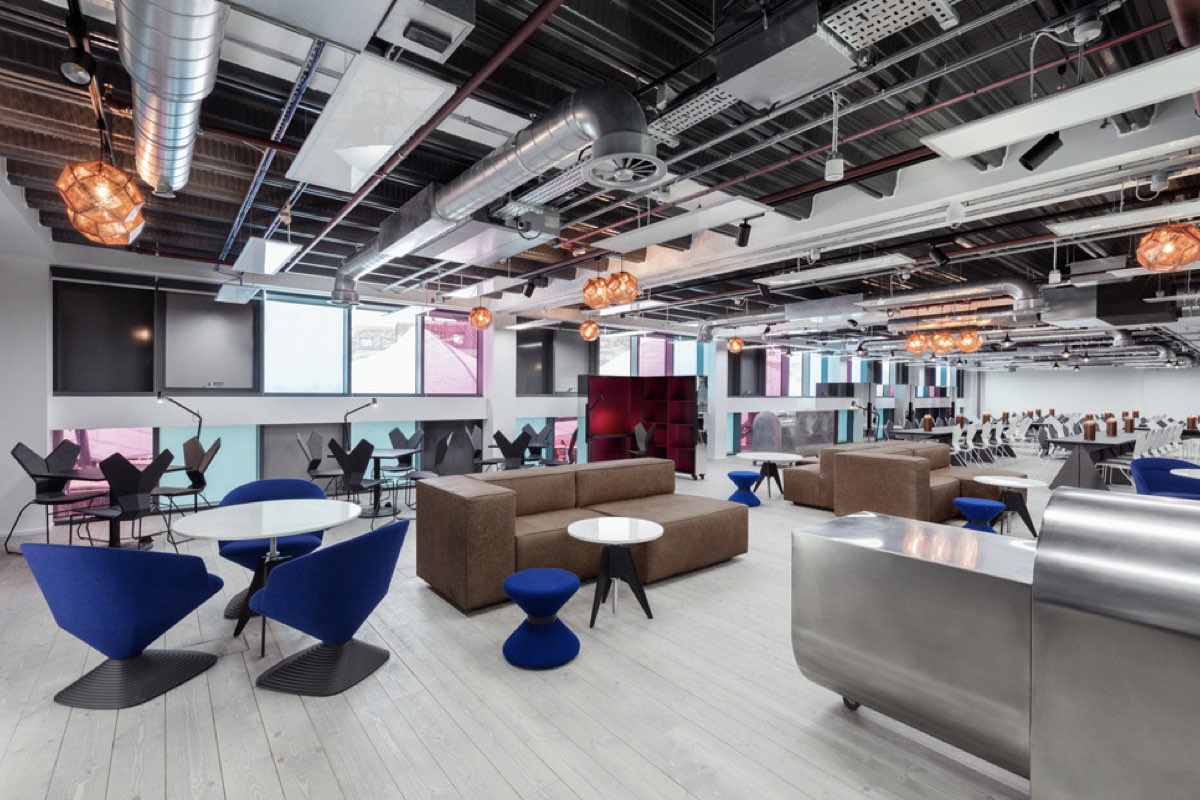 British designer Tom Dixon’s has kitted out The Atrium, an ultra-modern coworking space situated in the heart of Camden Market. There’s plenty of private offices and hot-desking areas so you can knuckle down and smash through your to-do list, as well as breakout areas for brainstorming, a communal kitchen and roof terrace.